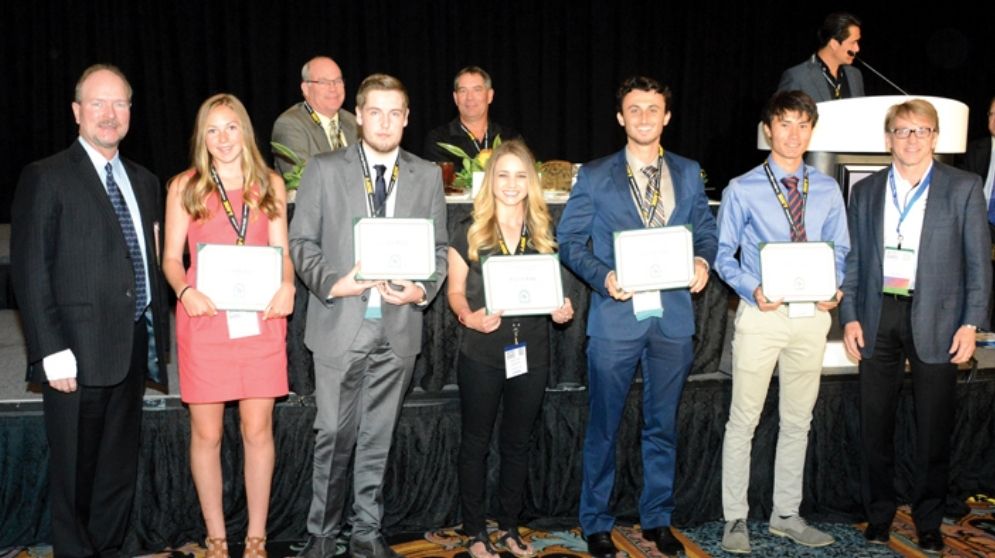 Every year the Davis Memorial Foundation awards scholarships and grants to Universities with Construction Management curriculum and they are awarded to students within the roofing industry. The Foundation was founded in 1995 in memory of Larry and Mary Davis who supported the roofing industry. Larry founded State Roofing Company in Modesto, CA and served as director on the Western States RCA Board of Directors.

During Western States annual roofing expo held in June 2016, Adriano Borsa son of JM employee Alex Borsa, was awarded a $5,000 scholarship on behalf of the Davis Memorial Foundation. Adriano was the co-captain of the Evergreen varsity soccer team who won the 2015 State Championship. The last time the Evergreen boys won a state soccer title was in 1989. On top of being an all-star athlete Adriano was the valedictorian and received a perfect score of 36 on his ACT (college admission exam). He will also be receiving the JM scholarship award. “He is very happy to receive the Davis Memorial scholarship and to start his studies at the end of August” stated Alex Borsa. Adriano  will be attending Harvard University in the fall.