Although Corrosion Under Insulation (CUI) has long been an issue, it has come to the forefront in the last decade as catastrophic failures are occurring more frequently on piping and equipment installed in the 1960’s .  I recently read some case studies done by major owners in the oil and gas industry to determine the root cause of their CUI problems. One in particular refers to a system that was installed in 1977.

Believe it or not, they removed the insulation to inspect the piping in 2005 (almost 30 years later) and found significant corrosion underneath the insulation.  They determined that the mineral wool insulation installed was to blame due to water sorption and retention.

As the title suggests, let’s consider a broader view of this CUI scenario.  Was this refinery really expecting to find piping in pristine condition during its first inspection after almost three decades in service?  What expectations do refineries and process plants have for their insulation systems in general?”

The big picture reveals that CUI is a galvanic reaction that requires three specific elements for it to occur: metal, oxygen and water.  Water is the only element that can theoretically be controlled by means of a sealed, protective metal jacket. These are some of the reasons the theory is flawed: 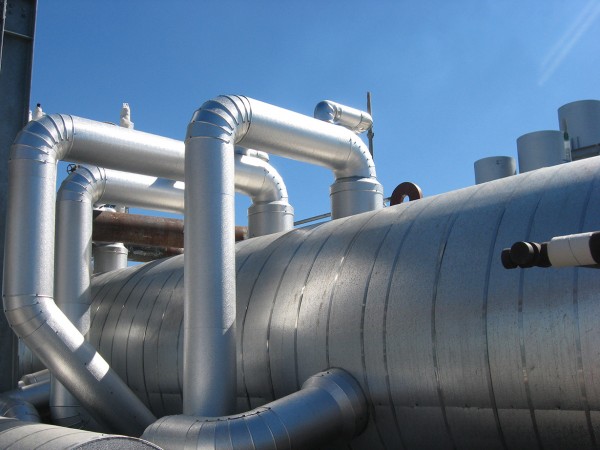 Once water breaks through the weather barrier, the insulation material itself can influence the rate at which the galvanic reaction occurs (see corrosion data chart link below).  Industrial Insulation Group’s XOX Corrosion Inhibitor in Thermo-12® Gold Calcium Silicate and Sproule WR-1200® Expanded Perlite can slow down CUI formation and our hydrophobic, InsulThin™ HT blanket can help by repelling water. However, water will ultimately find its way to the metal surface.

The best advice we can offer as the largest industrial insulation manufacturer with the widest array of product solutions, is to spend more money on maintenance and your CUI mitigation program.  Don’t put your faith in the latest, expensive, “water-proof” insulation.  Invest in the most durable insulation possible for your harsh, industrial environment and regularly inspect for CUI and thermal efficiency.