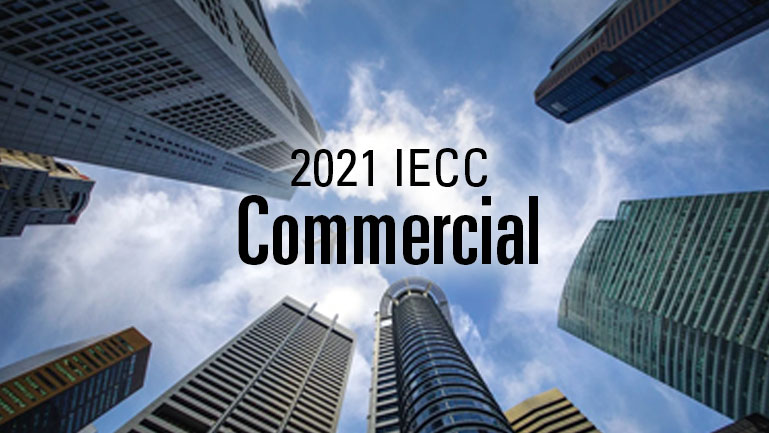 Updates to the 2021 Commercial IECC

Every three years, the International Code Council (ICC) updates the International Energy Conservation Code (IECC). The IECC is the model energy code used in the U.S., and the 2021 edition was finalized in 2020. This year was unique because a substantial number of changes to both the Commercial and the Residential chapters of the IECC were approved. Additionally, for the first time in 25 years, the ICC updated the Climate Zone Map. In this blog, we’ll be addressing only the changes to the 2021 IECC Commercial chapters. You can learn more about the Residential chapters  and Climate Zone map changes in our other blogs this month. 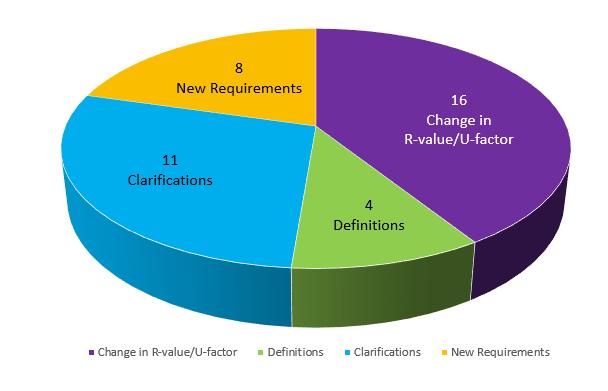 New in the 2021 Commercial code is a requirement that commercial buildings display an Energy Efficiency Certificate that lists R-values of insulation, U-factors of windows & doors, and any air leakage testing results.  This is very similar to existing requirements for residential buildings and is intended to ensure that building owners have a full accounting of the energy-saving performance of the building’s various components when it changes ownership.

The Commercial IECC also expanded requirements for testing air leakage in commercial buildings. Beyond the basic prescriptive requirements, the code expanded the additional "Energy Credits" required for compliance.  While these credits were required in previous versions of the IECC, it was in a much simpler and less stringent form. Now, additional measures must be included that will result in an additional 10%-15% energy savings beyond a prescriptive building.  However, the exact options vary significantly across building types and climate zones, and they include things like heating or cooling equipment efficiency, reduced lighting power, on-site renewables, reduced air leakage, and more. The complexity of this portion of the code is the result of an attempt to have the various options be equally cost-effective.

In addition to the prescriptive requirements, several changes were approved that directly impact low-slope roofing:

·       Single ply roof membranes don't have to be fully adhered to qualify as air barriers.

·       All continuous roof insulation must now be in at least 2 layers with staggered joints.

·       Tapered roof insulation used to meet R-value targets must use average thickness for its contribution to the overall roof R-value.

The cells outlined in blue in the table below highlight the increased insulation requirements in the 2021Commercial IECC.  The vast majority of these increases impact only buildings in colder climates (CZ 5 and higher). Most of the insulation increases were in continuous insulation.  One of the main rationales for these improvements was to keep the IECC harmonized with the ASHRAE standard 90.1, which is considered an equivalent option for code compliance. In addition to insulation improvements, in most of the climate zones, requirements for nearly all windows and doors were increased as well. 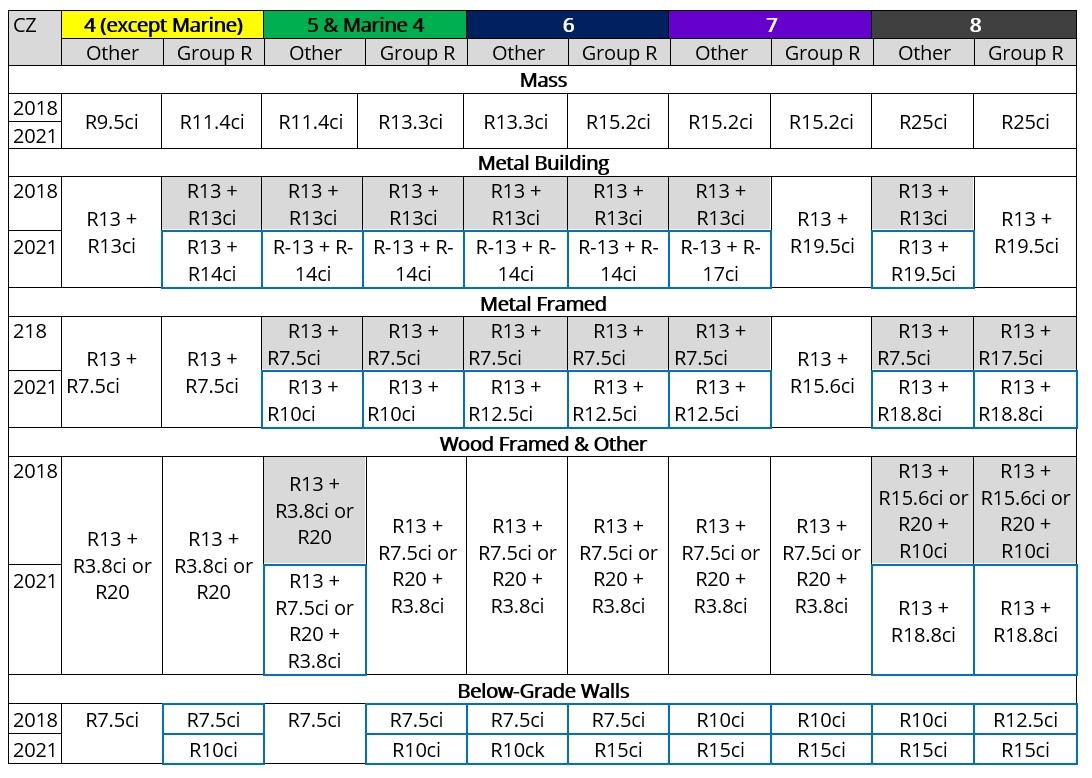 When looking at the impact this will have on the building market, we find that the outcomes are similar to what we covered in the Residential section. Higher R-values in colder climates will require more insulation, and this is especially true concerning continuous insulation (AP Foil-Faced Foam Sheathing, CladStone® mineral wool, and JM Corbond® III and JM Corbond® IV spray foam). That said, the climate zone changes are unlikely to impact the Commercial sector as significantly as it did the Residential sector since the majority of those changes affected warmer climate zones (CZ 2-4).

Most jurisdictions will take 2-5 years to adopt the latest version of the IECC, which gives the market a chance to get ahead of the changes. Of course, given the vast number of changes involved in the 2021 IECC, we couldn't dig into every detail of the Commercial sections of the 2021 IECC.  If you are interested in learning more, you can watch this webinar by Pacific Northwest National Lab (PNNL)  where they cover the entirety of the 2021 changes to the Commercial IECC.