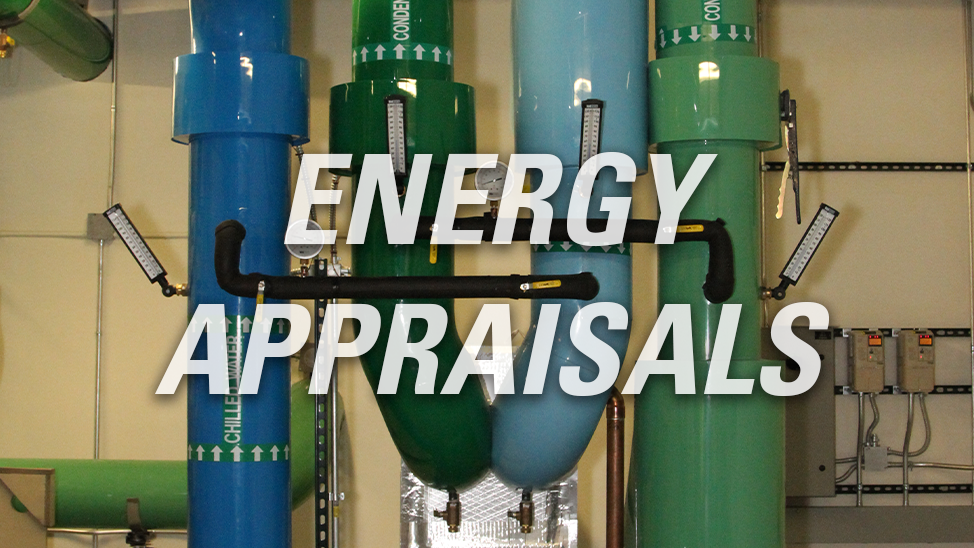 In an era where energy efficiency is a top priority, many facilities are opting to perform energy appraisals on their mechanical systems to ensure they are running as efficiently as possible. Energy appraisals evaluate the heat loss (or gain) on a system as a result of under insulating and typically come with recommendations for correcting any problem areas. To learn more about this, we recently sat down for an interview with NCMI’s Senior Energy Analyst, Eric Simpson, to talk about energy appraisals and how they can help facilities decrease their energy usage.

1. Can you give us a little information about NCMI and what they specialize in as a business?

a. NCMI is a family-owned company that started in 1988. We are a mechanical insulation company that works as a subcontractor for mechanicals all over the US, but mainly in VT, NH, eastern NY, and ME. With the energy appraisal program, we have seen an increasing amount of direct work for companies. We work in partnership with “efficiency companies” such as VT Gas, Efficiency VT, Efficiency ME, and NH Saves. Most of our work is with fiberglass, we have a whole warehouse full of it, but we also work with specialty materials and jacketing, whatever the customer needs, we can make it happen. From custom removable covers, to cal-sil, techlite, etc. We can do it.

2. Tell me a little bit about your background and experience working in insulation and specifically with doing energy appraisals.

a. I started at the bottom of the ladder working in the warehouse for a family friend who has a mechanical insulation company in Southern NH. Once I had an idea of the materials, I started installing on school vacations and whenever I could get hours. Eventually, I moved to Vermont where I attended college and continued to install, but this time for NCMI. As graduation with my Bachelor’s degree grew closer, I approached my current boss about helping in the office with marketing, branding, and social media activity. Eventually, I took a certification class for the Insulation Energy Appraisal Program through the NIA (National Insulation Association) in Texas. I started with small appraisals, focusing mostly on schools, colleges, and manufacturing businesses within a 5 hour radius of our main office. Ultimately, I landed a sizeable job in Farmington, ME, and the energy appraisals have really taken off since then, especially at breweries and distilleries!

3. What does the process of an energy appraisal look like?

a. Honestly, it’s a lot of outreach. Many people are skeptical when I tell them that insulating uninsulated steam and condensate lines will typically pay for itself in one to two years. I usually start by asking if their plant management knows of any areas at their facility with uninsulated steam, condensate, or heat piping, and that I’d like to offer a complimentary energy appraisal. This includes a walkthrough of the plant where I take thermal pictures of all or most of the piping that I take notes on. A walk through can be done escorted by the plant management or independently, and it can take anywhere from 10-15 minutes to the entire day (with help from another PM or our office manager). I’ll never forget walking through a manufacturing plant by myself, there were over 3 MILES of bare steam and condensate piping. My head was spinning, and I had to come back with backup! That place was a MAZE of bare piping, following lines that went all over the plant.

Once I gather my information onsite, I need the plant manager to supplement some info for me. Typically, I need to know the following:

I usually take a picture of the boiler plaque and if the customer doesn’t know the boiler efficiency, the manufacturer can get me the number I need.

With that info, I can begin my calculation using the 3E Plus program. I’ll summarize the outputs from 3E Plus in a separate spreadsheet for the customer so it is cleaner and easier to read. At this point, the customer can decide whether or not they want to take on the projects which have an average payback period between ~2 and ~3 years. Sometimes it takes a week for us to get a PO# sometimes it takes YEARS.

4. How often do you come across facilities that are significantly under-insulated?

a. Significantly under-insulated? I would say about 25% of the time. Most hospitals have mechanical spaces throughout that could use touching up at the very least. I find that schools tend to be either well insulated, have mostly bare piping, or the insulation is falling off the pipe everywhere. It tends to be that a facility either needs a significant amount of insulation or they are fairly well buttoned up and don’t need anything.

5. Would you recommend including an energy appraisal as part of the inspection process?

a. It depends on how much needs to be insulated. If there is only a little pipe cover that needs to be completed, then no. If the scope of the project is larger, then I would recommend it, because the customer can get an idea of the payback period. Additionally, in some states, we can send the appraisal to a governing body, like Efficiency VT for example, and they provide a rebate for the work, making the payback period even shorter and the project more attractive.

6. What’s the most common problem you come across in a system when doing energy appraisals?

a. It’s not necessarily an issue with the appraisals, but when a facility has insulation that’s still on the pipe, but the jacketing has fallen off or is torn. Since the insulation is still on the pipe and performing at 100%, many efficiency companies won’t provide a rebate for that area because technically it is “still insulated.” That doesn’t make sense to me.

7. What steps can people take to ensure that their systems aren’t wasting energy through heat loss/gain in their system?

a. You can typically tell that a mechanical space needs insulation right off the bat because it’s HOT. Usually this means there is bare piping. Some of these mechanical rooms are over 100°F because the bare steam piping at 300°F is heating the air. Customers often tell me the mechanical space is much cooler and more bearable after we’ve been in there to insulate. What’s interesting is that maintenance crews probably know of these areas; they know if a pipe is sweating, or if it’s a hazard because it’s hot. What they don’t realize how much energy and dollars are being spent by leaving the pipes bare. They should call us at NCMI and have us do a complimentary appraisal! That would be a good first step.

8. Can you do an energy appraisal on a chilled water system?

a. Yes, but it’s complicated than the standard heat and condensate piping that I usually do. Electric motors are technically 100% efficient, although it is expensive to run them. Often, the payback period isn’t as high or attractive, and insulating chilled water systems is more labor intensive as there are extra steps to mitigate condensation and stop it from travelling and damaging insulation.

9. What’s the worst-case scenario you’ve encountered in an energy appraisal?

a. That’s easy! The manufacturing company with 3 miles of piping. I mentioned earlier that our appraisals are complimentary. We went through the process of doing the take-off, which took several man-days, including typing up the notes, pricing the project, meeting with administration and presenting the data, coordinating with the efficiency company, all to have them decide to not do the project at all because they burn their own sawdust made in production, so their energy “costs” weren’t tremendously costly to them. That said, they were burning THOUSANDS more pounds of sawdust than was necessary if they had simply chosen to insulate their pipes.

10. Is there anything else you’d like to share or that we should know about NCMI or energy appraisals?

a. Our energy appraisals have really taken off in the past couple of years. Lately, efficiency companies are providing more rebates than ever, and I recommend reaching out to us to come take a look at your project. NCMI is growing too, we have almost 100 years of management experience in the office and are always looking to add to and supplement our team, whether in the office or in the field.