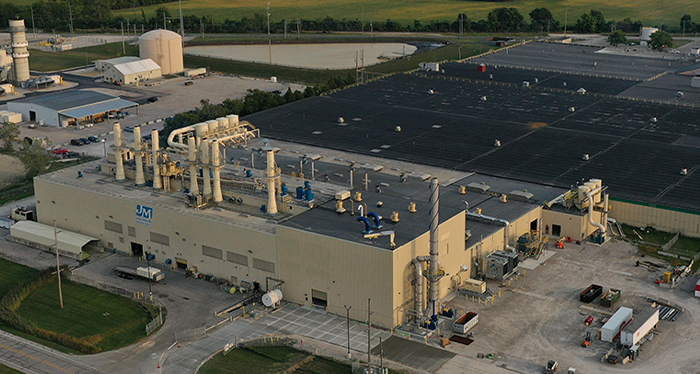 “The JM team has done an outstanding job growing the business to the point where a capacity expansion was necessary,” said Jim Swift, a Director of Operations in JM’s Insulation Systems business and leader of the expansion project. “The dedication of the entire team made this project possible with the common goal of supplying our customer with quality pipe insulation and the service they are accustomed to.”

The buildout began in March 2019 with an anticipated completion date of early 2020, however setbacks such as travel limitations due to the COVID-19 pandemic caused a six-month delay in the project.

To get it back on track, the JM team in Defiance employed a new technology solution: a wearable computer called a HoloLens that rests on the head and acts as a see-through screen where images may be displayed for the wearer to reference while still being able to see through the screen into the real world. The helmet takes high-definition footage of the objects in front of the wearer and displays that footage through Microsoft Teams at a remote location.

In JM’s case, the footage was displayed in real-time in Germany, where many of the engineers who worked on the project are based. This technology helped bridge the distance between the engineers in Germany and the team in Defiance so the expansion could be finished.

JM has been part of the Defiance community for more than 60 years. The expansion will create more than 30 jobs at the facility.