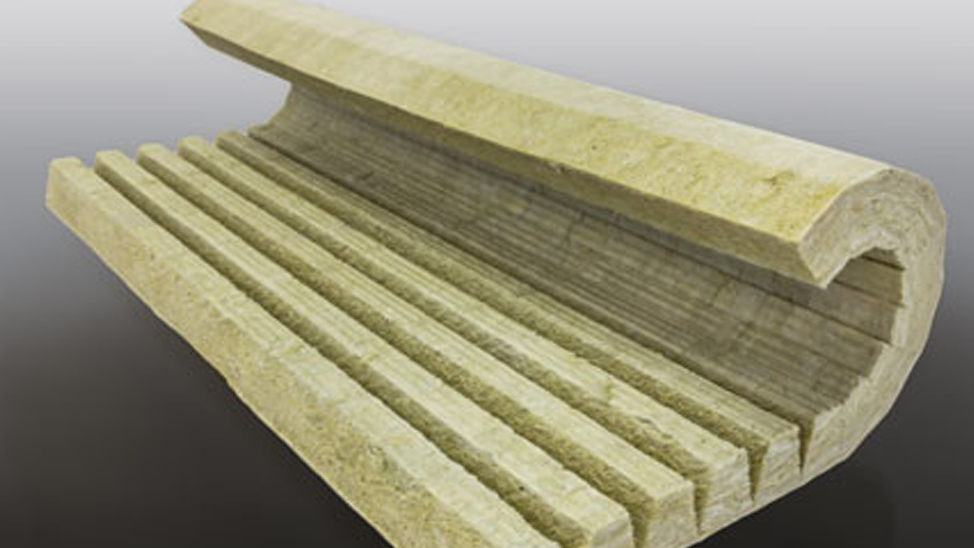 When comparing v-grooved mineral wool pipe to mandrel wound mineral wool pipe, their performance characteristics, like thermal conductivity, density, and rigidity, are quite similar. They are so similar, in fact, that these materials are often interchangeable in many pipe insulation applications. Where they differ is in how the materials are manufactured and shipped.

V-grooved mineral wool is mineral wool board insulation, fabricated with precision-cut grooves cut into it (v-grooved). Some types, like MinWool-1200® Field-Formed Pipe, have pressure-sensitive adhesive factory-sprayed into the grooves. V-grooved material is shipped flat to the jobsite, and installers roll the flat insulation to close the grooves and install it on the pipe. In the case of Field-Formed Pipe, the pressure-sensitive adhesive adheres each groove to the one next to it, causing the insulation to remain formed into typical cylinder (if the flat insulation is 48” or less) or half-cylinder (if the flat insulation is >48”) once the grooves are adhered together.

In contrast, MinWool-1200 Pipe is a mandrel wound, cylindrical mineral wool pipe insulation that arrives at the jobsite in its finished form – either a full cylinder with a slit in one side (up to 7” in diameter) or a half a cylinder (>7” diameter). Installers either flex the mineral wool cylinder open at the slit, like a clam shell, and clamp it around the pipe, or they place each half-cylinder on the pipe and secure it in place with banding wire.

The primary difference between the two materials is not in their performance characteristics, but rather, in the form in which they are shipped. Since mandrel-wound pipe is in its final, cylindrical shape when it is manufactured, the cylinders (or half cylinders) are placed in a box to ship. 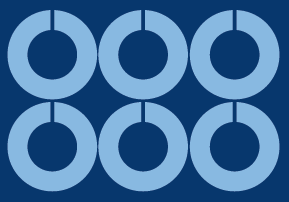 By comparison v-grooved is formed on the jobsite; thus it is shipped flat, in a stacked arrangement on pallets. 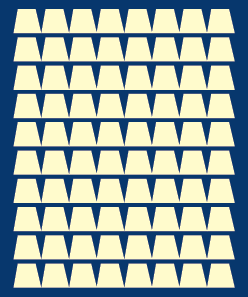 While the form in which the product arrives may seem like a minor distinction, the v-grooved insulation is substantially more space-efficient. Since the product comes in a flat square, rather than cylinders placed in a box, significantly more of can fit in the same footprint. In comparing JM’s 12x2 mandrel-wound pipe to our Field-Formed Pipe v-grooved material, the v-grooved material requires 44% less space than the mandrel-wound pipe.

This same, smaller footprint comes into play in terms of shipping as well. While the difference in volume will vary depending on the pipe size, you can ship up to 105% more v-grooved on a truckload than mandrel-wound pipe. This is both less expensive and better for the environment since it will take fewer trucks to get the same amount of material to the jobsite.

If you are designing for acoustical applications, both materials offer robust acoustical properties that can contribute to acoustical control; however, only JM’s MinWool-1200® Pipe (mandrel wound) has been tested to meet all of the ISO 15665 acoustical classes for large pipe diameters (ISO 15665 Pipe Size 3, 26” < D < 40”), including the most stringent class, Class D3, that was established by a major petrochemical company.

Both of these materials can be installed in approximately the same amount of time, and they each offer equivalent thermal performance. Since they are now both water-repellent, system designers and installers can choose which material is appropriate for the unique needs of their facility and their application. To learn more about the benefits of MinWool-1200 Field-Formed Pipe insulation in an easy to see format, check out this infographic. To learn more about MinWool-1200 Pipe, click here.