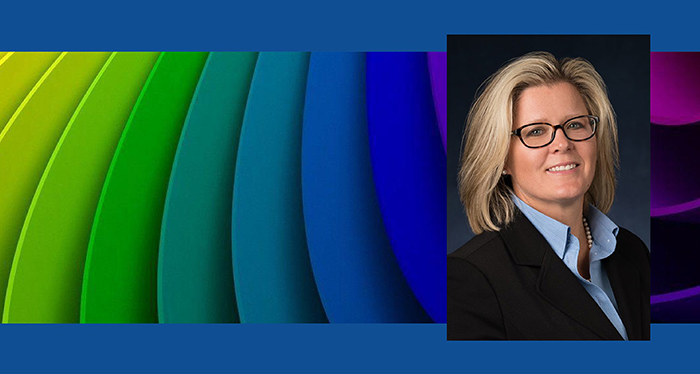 It isn’t simply happenstance that JM’s Zeb Sukle participated in her first-ever Pride-focused podcasts and webinars this year, despite being a longtime openly gay person in the roofing industry.

Sukle, Director of Technology in JM’s Roofing Systems business, was one of three panelists who spoke during a JM-sponsored episode of Coffee Conversations, a webinar hosted by Roofers Coffee Shop. The webinar focused on being a queer person in the roofing industry, marking Pride month in June 2022.

“We need to be aware of what’s happening in the world today,” she said, alluding to anti-LGBTQIA+ legislation being pursued or passed in states across the U.S. in 2022. “This is my first podcast on coming out (broadly as a person in the LGBTQIA+ community) and there is a reason for that. We have to think about the next generation and what we can do (to help). We need to reach that hand back and pull them forward.”

Sukle was also a recent guest on JM’s Above it All podcast which focused on Pride month.

She said she hopes to use the respect and credibility she has earned in the roofing industry to be an ally for other LGBTQIA+ people – and their supporters – to find and grow inclusivity and understanding.

More than a dozen states have proposed so-called “don’t say gay” legislation, seeking to prohibit schools from using a curriculum or discussing topics of gender identity or sexual orientation.

“People have a right to have differences of opinion, but they don’t have the right to deny someone being who they are,” she said. “We’re sliding in the U.S. a little bit and we need to get a message out that we’re here, we’ve been here and we’re not going anywhere.”

Sukle said the roofing industry and Johns Manville have been welcoming and supportive of her and her partner, although she was apprehensive about being her authentic self when she first joined the industry.

“The support and inclusiveness to me made the transition to the industry pretty seamless,” she said. “That is a credit to the leadership we have had in place. There is no doubt that Mary Rhinehart (JM’s Chairman) believes in treating people with respect and that is what she expects. Our CEO, Bob Wamboldt, is the same way.”

She continued, “My sexual orientation wasn’t discussed or looked at when I came in (to JM). The roofing industry in general is a great place to be. It’s a hidden gem from a career opportunity standpoint.”

Having strong allies made all the difference for Sukle, who began her career as a laborer on construction sites. Back then, her boss not only directly asked her if she was gay, but upon learning that she was, also made it a point to check in with her and serve as an active ally.

“I’ve been open and out for a really long time,” she said. “It’s not been a secret. I’ve had really good allies and people have gotten to know me and helped me along the way.”

Zeb is a founding member of JM Pride, JM’s employee resource group born out of the Diversity and Inclusion Council which is aimed at supporting the LGBTQIA+ community and its allies.

She encouraged other JM employees in the LGBTQIA+ community – and those who want to support them – to get involved with JM Pride.

“Come on in,” Sukle exclaimed. “This is a good, safe place for people who are trying to navigate coming out in the industry to have people to go to and find support.”

She added, “And it is every bit as important for those who want to be supportive and be an ally to participate. We are trying to build a family of people who just want love to be love.”