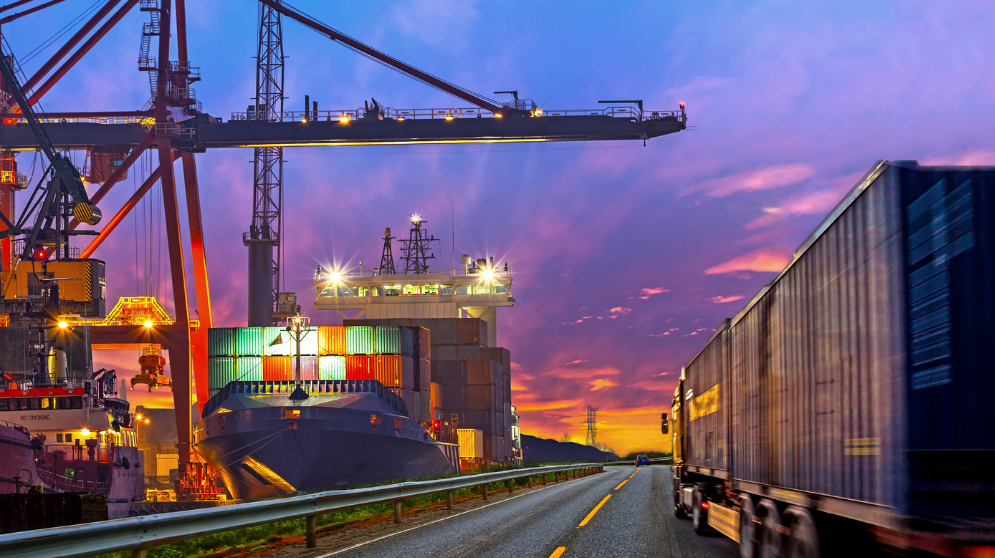 Above It All Podcast: Episode 30

Above It All podcast episode #30 features Northeast Regional Sales Manager, Ryan Rickerds.  Join us as we get a sales perspective on what it's been like selling to customers under the stresses of the current market environment.

Daniel Robbins: Alright, I’m gonna go ahead and kick us off. Here we are again for another episode of Above It All, a roofing podcast by Johns Manville, dedicated to the industry. Today is special, we have not had a regional sales manager on since I’ve started this podcast. And so we have the privilege of having Ryan Rickerds on today. How are you doing, sir?

Ryan Rickerds: Good. Wow, I didn’t realize that I was the first one.

Daniel Robbins: Yeah, definitely. I mean, I know that Brian Mumpy was on the podcast originally, but not when he was in his current position, so it’s...

Daniel Robbins: It’s a pleasure to have you on. So I know this climate has been crazy. We’re getting supply chain stuff going on, we’re getting material shortages, which is... I think a lot of it is stemming from supply chain type stuff, but I wanted to get your take. What’s it been like communicating with customers and how has that climate been like... So before we dive into your thoughts on what the sales experience has been like in this market, can you tell us about your journey to becoming a regional sales manager at JM?

Ryan Rickerds: Sure, yeah, so I’ve been at JM now for 16 years, started my career in roofing at what then was called Olympic Fasteners, now OMG, was there for two years, a great entry into commercial roofing and the roofing industry. I think we have a lot of guys at JM that have come from OMG. It’s funny when I go to IRE and I still meet up with some of those guys, there’s always someone taking count of all the people that started at OMG, and it’s usually 20, 30 people walking around IRE that started there.

Ryan Rickerds: So a great place to start. Came over to Johns Manville in 2005, was a sales rep in Tampa, Florida.

Ryan Rickerds: Great territory, met some great people that I still talk to, gosh daily. Johns Manville actually helped me get my MBA in 2010. And shortly after that, actually I graduated 2012, right around that same time, I became what we called deposition then was called the Marketing Program Manager. I’ll tell you, I still think that is one of the coolest jobs in all of roofing. I was responsible for marketing and communications at Johns Manville. And then a big part of that too was I was responsible for our peak advantage program, so the summit and pinnacle, different levels there, getting to know all of those contractors, and I was responsible for our incentive trips too, which was a lot of fun.

Daniel Robbins: Yeah, so really not a stressful job at all over the past year and a half. It’s been...

Ryan Rickerds: 2020 was tough. 2021 is... Certainly, 2020 was like nothing we’d ever seen and everybody was like, “Well, it can’t get any crazier than this.” And now it’s just... Certainly, in 16 years at Johns Manville, close to 20 years in the industry. I think everyone that would tell you... And I think Joe Smith said the other day, he’s never seen anything like this. It is certainly the craziest time in our industry.

Daniel Robbins: Yeah, no, it definitely sounds like there’s a big watershed of supply chain management tactics that weren’t really... They weren’t great, and now it kind of caught up with everybody with the big slam on materials, but that’s not your specialty exactly, your specialty is customer-facing and building those relationships with the customer and making sure they last. And so how has that been right now? I know you’re probably not dealing with a lot of customers ordering at face value, but what has it been like when you’re selling over the past few months, at least... Let’s just start there.

Ryan Rickerds: Yeah so, I certainly still talk to a lot of customers every day, probably more now than I did previously, just the guys that wanna have that direct relationship with the manufacturer. In the Northeast, we have a lot of sales agents, we have company employees as well, but we have a lot of sales agents, and a lot of those guys wanna deal directly with the manufacturer at times, which is great. And certainly some of our larger customers, I enjoy speaking with them. How am I dealing with the shortage in supply?

Daniel Robbins: Yeah, is it harder to sell to people these days if they’re gonna be put on a wait list, so to speak?

Ryan Rickerds: Well, I think it’s kind of a balancing act. One, we’re sold out for, I think if you placed an order with Johns Manville today, and I hope one day we can look back at this and laugh, we’re a year out. I am getting confirmations literally October 2022.

Ryan Rickerds: The communication and explaining to your customers exactly what’s going on, and why we’re out so far... And then the question that we get every day is, “How much longer is this gonna last?” How much longer do you foresee this occurring... In October ‘22, or are you gonna be out till October 2023? And unfortunately... No one can really answer that right now. We also didn’t think we would have a pandemic in 2021. We didn’t think a lot of things.

Ryan Rickerds: So difficult questions to answer. But I think the most important thing right now with sales is you’re being upfront with your customers, giving them a real date and trying to explain to them exactly what’s going on in the industry to the best of our knowledge.

Daniel Robbins: No, that’s huge. Do you feel like we’re losing a lot of business, so to speak, because of these lead times, or is it because the whole industry is crunched? Do you feel like it’s just one of those things and if we can communicate properly... Yeah, of course, there’s always gonna be that one customer that we weren’t able to deliver on, but for most of the time, do you think everyone’s pretty understanding of what’s going on?

Ryan Rickerds: I think we’re getting better as far as people understanding what’s going on. You still have some people that might not understand exactly what’s going on in the industry and what’s causing all these material shortages. And I think partners like the NRCA, and some of the trade publications that are out there, have done a great job... Along with Johns Manville. And quite frankly, even our competition. It’s done a great job in communicating what’s been going on.

Ryan Rickerds: We were just talking before we started about the NRCA call with different... Heads of different manufacturers last... I think that was last week... Maybe two weeks ago. I thought that was a great communication just to... Again kinda letting everybody know what’s going on all at once.

Ryan Rickerds: We’ve really been very well organized and communicated well in terms of, “Hey, this is when it’s coming.” We’re giving two-week confirmations now. That allows a little bit of room. But... Hey... We think this is going to come within these two weeks.

Ryan Rickerds: Now, a lot of outside influences have changed those... Certainly, the hurricanes, Ida, and some other storms that have come through, and...
Daniel Robbins: Sure.

Ryan Rickerds: Things like this have made it more difficult to meet those promises. But for the most part, we’ve done pretty well. A lot of third party materials make things difficult at times, but for the most part we’ve actually worked pretty well with those third party guys and been able to fulfill the majority of our orders even with the headwinds, quite literally, of hurricanes and things like that.

Daniel Robbins: Sure. No, that’s... And that’s pretty cool. I think that definitely leads into... Ask you, what are some valuable ways of making sure the customer feels taken care of during this time. And it sounds like... From all of this... Communication is key.

Daniel Robbins: ‘Cause I think back to that meeting that we were talking about with all the different executives from the different roofing brands, they were talking about how some people were... Some key customers were just left in the dust and left out of the communication loop. And that was something that a lot of them felt like needed to be prioritized more than ever going into this next year, so to speak, if not a year and a half of supply chain crunch.

Daniel Robbins: So that sounds like that’s always been your motive... Communication with the customer, make sure they have everything they need. And then of course, as a brand, making sure that we can keep our promises. I think that something I’ve always heard from leadership. Which makes Johns Manville definitely a great brand of choice.

Ryan Rickerds: Yeah, that’s absolutely true... I think... We get caught up in the fact that we have access to everything that’s going on... Obviously, we’re right in the middle of it as a manufacturer, as far as you know, MDI shortages and fastener availability and gypsum availability, and whatever it is.

Ryan Rickerds: And I think sometimes we get caught up, and just figure that the guy on the other side of the desk that we’re talking to knows that as well. Certainly, that guy was on the NRCA call. Or that girl was... Read the article, in Roofing Contractor Magazine or whatever it is.

Ryan Rickerds: And I think sometimes we get caught up in that to the point where, yeah, we’re giving the same... We’re having the same conversation over and over and over again. But it’s more important than ever to have that conversation... We are trying to be as straight forward as we can. This is everything that we know that’s going on. This is when we think it may be letting up, which is a total guess at this point. And really trying to help out those contractors and to be even... Open the lines of communication even more with the guys that have been working with us for a long time.

Daniel Robbins: No, that’s very cool. It’s a testament to... Your approach is the testament to our core values... And I think that’s why the leadership team has taken such a liking to you, Ryan, because you do bring that foot forward for customers. But with that, we’re out of time. Thank you so much for being on the podcast.

Ryan Rickerds: Absolutely, thanks Daniel. Glad to be the first regional, and again, we won’t count Brian Mumpy as a re-hire. [chuckle]

Daniel Robbins: No, and next time, hopefully, we can either have you or another regional on when the market isn’t under so much stress.

Daniel Robbins: Awesome. Well, you have a good one. We’ll talk to you later.

Ryan Rickerds: Alright, thanks for having me.

Daniel Robbins: Thank you. Alright, that’s the podcast. Thanks so much for joining us. That was Ryan Rickerds, one of our regional sales managers. And it was interesting to get insight into the world that he’s living in when it comes to working with customers right now, having tough conversations, but then ultimately trying to keep that relationship strong.

Daniel Robbins: So you can subscribe to the podcast on Apple Podcasts. Please go check out our website, jm.com if you haven’t. And then you can go to our blog there, and all of our episodes are listed there along with a bunch of other great content. Alright, until next time stay safe.