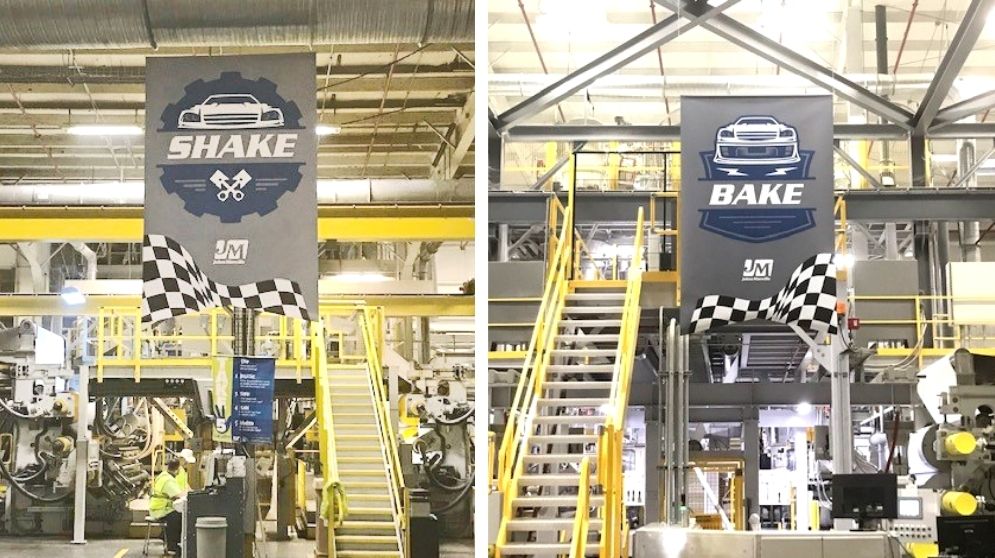 Passion and Performance Paid Off

Demand has been growing steadily for Johns Manville TPO, ever since we launched it in 2008. Due to this increased demand, JM realized back in 2015 that we needed to expand our production capabilities. At that point the decision was made to expand our TPO plant located in Scottsboro, AL and add a new production line.

One of the four core values at JM is PERFORM, and the entire team of employees performed at a superior level in order to support this important expansion. They worked long, hard hours during and after the expansion to help meet production goals, and we all wanted to thank them for their hard work and dedication. The team at Scottsboro was given the honor of naming the two production lines, so naturally they decided to make it a competition within the plant. Scottsboro employees submitted a name for each line and then all employees voted on a winner. After careful considered of all the great names that were submitted, they ultimately voted on the names “Shake” and “Bake.” Trevor Bowman was the winner that came up with this fun name which references the movie Talladega Nights: The Ballad of Ricky Bobby. He was awarded a full-size JM logoed YETI® cooler.

The PASSION exhibited by everyone at Scottsboro was key to our success as an organization. The expansion would not have been possible without everyone’s hard work over the last few years. Our people are what make JM successful in Scottsboro and around the world.